So you think you can change?

Today is “Massive Monday.” Massive Monday is what people in the hiring business refer to as the first day in the first working week of the New Year. On Massive Monday it is all about the new. All about a change. A change in lifestyle, a change in relationships and a change in jobs. Every year around the world people see this week and this day as the point where they can reset and begin again. 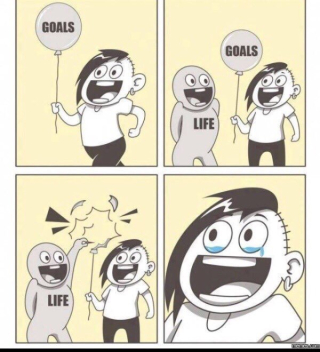 It never lasts. Refreshed and re-energised after some holiday time people decide this time it will be different, then inevitably all the stuff involved in their lives gets in the way. Change is difficult and we do need to marshal all our psychological resources to make real and substantive changes. Consider the totality of your life is it any surprise that there are things you do not get done? Your energy be it physical, spiritual or emotional is finite and is chipped away by every task clamouring for your attention.

Is this failure? Absolutely. Though it is understandable failure. That does not change the fact we all need to do better. But the doing is always harder than the saying. Very few blog posts will help you make a better life but perhaps you can be inspired to make a better change.

Steel magnate Andrew Carnegie was at one time one of the wealthiest people in the world. Unlike the soft handed careers some of us have today Carnegie made his money in molten fire and sweat. All business is war now just imagine how ruthless one would have to be to succeed in the era of robber barons, but even Carnegie said “No person will make a great business who wants to do it all himself or get all the credit.” Carnegie had many employees but some of them were allies. The people he saw as being on Team Carnegie.

If you want to change anything in your life or in your workplace you’re going to have to do it with allies. The relationships that we forge are the most powerful levers of change we have available to us when change is required. While change usually starts from the top it is only successful when met in the middle from change initiated at the bottom.

In the workplace the people you work with are intelligent, you might not think that all of the time but it is true some of the time. No matter where someone is in the organisation they have access to a level of detail that is uncommon in the upper echelons of management. Never be afraid to tap this detailed experience for all it is worth. It is the height of arrogance to believe that you know better, it is possible that you know more but impossible that you know all. Take suggestions wherever you find them evaluate them critically and adopt the good ones no matter where they came from. Change your mind. It is okay to do so, it is commendable to do so when presented with a better idea or more accurate information.

The most infuriating thing you can hear in meetings is “we tried that and it didn’t work” used as a conversation stopper. That is lazy even if it is true. There is no expectation that you attempt to reinvent the wheel or go in circles working on things with no decent outcome but get up and examine the idea. Hear someone out, you might know more than them but can they spark something new in you? Or do you have a vested interest in protecting the status quo? Are you looking for a change or are you working to prevent it? Have the self-awareness to know which side you fall on because I assure you someone else in the room has already placed you on one side or the other.

Going back to Carnegie if you want to be great at anything in life or work you have to dedicate yourself to it entirely. Carnegie believed that 75% of your effort spent on any endeavour was still too little. If you’re not willing to go all in even raw talent will not get you there. The best people in every field not only have raw talent and any required genetic traits but they also dedicate themselves entirely to their work at the expense of all others.

If that is not you whatever change you are hoping to make needs to be realistic. The concept of work life balance is anathema to performance excellence so align your level of change to the results you really should expect. Realism is difficult for many of us because we build up all these ego defences to get through the day. Real change requires realistic expectations, you can lie to everyone else but try not to do it to yourself.

Assuming you do not want to be the world’s greatest writer, its most talented painter or its most successful business person and if you’re reading this you’re far too old for sports stardom, what is the biggest change you can make in your career or even in your life in 2017? Become an amateur at something.

You probably already have a level of mastery at what you are currently doing and that is why you might feel like you need a change, go do something entirely new. I’m not saying quit your job unless you really want to quit your job but go explore something new, do something where all your visible failed attempts do not matter. Do something where you are the amateur. If you find your life lacks passion only exploration of some form will relight that fire.

On Massive Monday you have my permission to explore. Go wandering and next year see where it has taken you. If you wander far enough 2017 will look like a hill behind you in the far distance and the landscape in front of you will have new things worth seeing.