Tech waits for its next recession 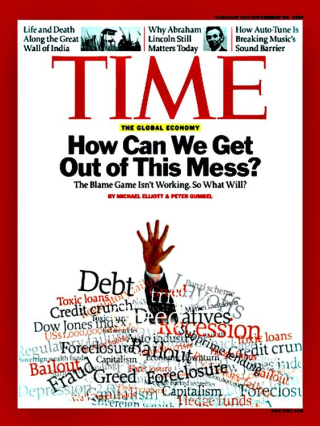 Until the beginning of December the common wisdom has been that the equity markets have another 12 months of growth before the current multi-year bull run draws to a close. That has gone from being informed opinion to a desperate hope in just a few weeks. Could we be facing into a recession starting in 2019? It is probable that is the case.

As defined by the National Bureau of Economic Research a period of recession is a significant decline in economic activity spread across the economy, lasting more than a few months, normally visible in real GDP, real income, employment, industrial production, and wholesale retail sales.

Functioning economies expand and grow with more people (Consumers) born in developing countries while the people in developed countries become more productive. A recession is where this tide goes out, people consume less, businesses produce less, and productivity falls as people lose their jobs. Recessions are typically short lived, the average being a year in duration, but they are such a hard reset that it takes many years to return to the point where the recession began.

McKinsey conduct a regular global survey of Chief Financial Officers and Chief Executive Officers around the world. Their current report shows that the majority of survey respondents currently hold very unfavourable views of the economies their companies operate in. Over the next six months these executives predict that conditions will deteriorate even further. Trade wars and political instability cited as the two main areas of worry. The news plays up riots in Paris and the US verses China but these ideas have taken deep root in the heads of people who juggle tens or hundreds of billions is assets.

There are many potential measurements that can be used to forecast a recession but since economics is what happens inside people's heads it can be a good idea to start there first. In the heads of the Chief Financial Officers of some of the most prestigious companies in the world the outlook is grim. These men and women sign the cheques for technology spending, when they snap their cheque books shut that sound is heard everywhere in the IT industry.

It's not awful for technology vendors, technology winners tend to use recessionary periods to tighten up processes that have gotten loose and invest for the future. That strategy of spending on development when others are timid can position you well when budgets grow and CFOs start spending again. Much as they might try no company can cost cut their way to lasting success. Intelligence, execution and timing are still the major factors and the first two tend to need all the help they can get from IT vendors.

While executives have a pessimistic view of 2019, consumer spending is holding at the moment. House purchases, which are the largest purchases the general public tends to make, proceed apace and have not shown any signs of slowing yet. That said, between the volatility in the global markets and increasing pessimism of top executives we have two visible warning lights on the dashboard. It will not take much to light up some more of them in 2019.