Zoom is worth the IPO price. For today at least.

Video communications provider, Zoom, IPO'd earlier this week with the shares gaining 72% on opening day. There was a lot of negative chatter about this from the technology wags on social media. "It's in the same market as Microsoft Teams and Cisco WebEx, who would invest in this also-ran?"
Investors in Zoom are buying shares in a company that turns a profit, grew 119% year over year in 2018, has tightly controlled research and development costs and no debt. No. Debt. Zoom is a rare thing, a technology unicorn run by adults who are not using debt as rocket fuel to power a frantic grab for market share. While Zoom is overvalued the reason it is overvalued is that investors looked at a well-run technology company in a growing segment and decided they wanted in fast.
While it is in the same market as both MS: Teams and WebEx the difference is that as an investor you can invest in the growth of video communications, collaboration and conferencing for businesses when you buy Zoom shares. Something you can't do with those other two products. You can't invest in Microsoft Teams as you're buying Azure cloud growth when you buy Microsoft shares. Azure growth is a great thing to buy but it isn't video communications. Neither can you invest in WebEx, you're buying the cash flows from Cisco's networking business when you buy Cisco shares.
If Zoom has a major problem on the horizon it's the unrealistic expectations of their day one public shareholders. Best of luck Zoom team, you're going to need a few more years of 100% plus year over year growth to keep your new owners happy at the price they've set. They're hoping your Midas touch will create much more gold for them in the future.

Intel is vulnerable, but to whom?

Unlike the assemblers that Intel supplies, that is those companies in the PC, server and IT equipment markets, Intel spends a significant amount of time on maximising its use of assets. Those multibillion-dollar fabrication facilities where tight control of the manufacturing process has long provided them with a competitive advantage over fabless semiconductor rivals. How it uses those assets has changed, but not for the better.

In 2016 Intel made a drastic accounting modification which is indicative of a change in the fundamentals of their business. In its financial statements Intel increased the duration of machinery depreciation from four years to five years, burnishing their financials by $1.5 billion with the stroke of a pen as in their opinion the machinery and the facilities which house them now kept their value for 12 months longer.

Extending the depreciation horizon may just look like a creative accounting trick, and it is, but it is also symptomatic of a short-term view when it comes to running the business. It is great for earnings today but in Intel's case it comes at the expense of technological investment for the future. Intel is spending less and this will be reflected in microprocessors with less differentiation, and therefore less customer value, between generations.

This deceleration of investment means Intel is vulnerable but as of yet there is no one of the scale required to exploit that vulnerability. Will this change? Probably, but it is difficult to see who can threaten Intel so directly that it will force them to re-evaluate their current strategy of investing less in technology over the longer term. Intel, trapped by its overwhelming success in the x86 processor market, and with industry recognised aggressive corporate antibodies forcing out those insiders who are looking to change the company, could already be in the midst of an ongoing decades long decline. A corporate giant falling in slow motion.

Competitors have established leadership positions in markets adjacent to Intel's general-purpose computing roots but face a problem of where they go next. ARM's stranglehold on mobile processor designs for example has not translated into datacentre success. But power efficient devices are proliferating while x86 workloads continue to consolidate on fewer processors. First with on premises virtualisation and now in the public cloud with compute time billed by the second.

While Intel has racked up a number of failures in its attempt to ride the mobile/power efficient wave it was right for Intel to exit the 5G modem business earlier this week. When it was clear the product line would not generate a Return On Net Assets at a level required to justify the manufacturing effort spent, the correct decision was to withdraw from the business. A significant number of new ventures undertaken by corporations turn out to be failures and end in a rout. While you should cut any losses quickly such failures are acceptable because it means someone somewhere is trying something different.

What Intel's new unique ideas are, their difference that will drive growth for the next five or 10 years, is unclear. One thing that is clear what with the one-time Chief Financial Officer, Bob Swan, now promoted to Chief Executive Officer it should be expected that asset management will become even more aggressive. Could we see four generations of Intel microprocessor made using the same fabrication process as Intel's long term technological investment is dialled down even further? That's possible. 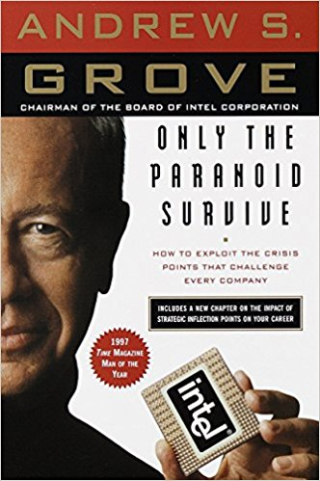