Another staycation day, another book. This book opens with exploding Galaxy 7s and Samsung’s paralysis, evasion, deception, and eventual recognition of a dangerous flaw in their flagship handset. Imperial rulers prefer to tell you what the truth is and Samsung’s opinion at the time of the burning handsets was that there was no issue. It was just the pro-Apple press stirring up trouble for them.

Imperial is accurate when describing the management of Samsung. In Samsung Rising the author does a good job of examining the political and dynastic intrigue of an organisation known locally as the Republic of Samsung. It's a Republic in name but a monarchy in operation. Corporatism is a cornerstone of South Korea, members of the leading chaebol (large family owned business conglomerates that dominate Korean industry) routinely finding themselves dragged through the courts only to have sentences commuted and pardons issued. The brand name corporations that they control being symbols of national pride to regular people.

South Korea’s economic success is a product of the chaebol working hand in glove with the government of the day. In Samsung’s case its start goes back to the company’s granite faced founder, Lee Byung-chul. Having lived through Japanese colonialism in Korea, B.C. took inspiration from the Japanese zaibatsu companies. The post-war economic miracle economies of Japan and Germany were South Korea’s template for industrial development. While everyone else was trying to copy the United States, B.C. ensured that Samsung would be a family controlled vertically integrated monopoly pervasive throughout South Korean life. He would import the best ideas from Japan and Germany, then make them Korean.

Betting big on semiconductors B.C. looked to rapidly scale Samsung Electronics. During the PC revolution of the 1980s Samsung Electronics looked like an also-ran but Steve Jobs showed up on its doorstep looking for memory chips for the Dynabook concept (A tablet computer). This was the beginning of the long and tortured relationship between Samsung and Apple that continues to this day. Samsung being both a key supplier for the iPhone and one of its most dangerous rivals with their Galaxy line of handsets.

The development of Samsung’s Galaxy forms the backbone of the book. Samsung's ongoing failure to grasp software development and the need of "The Tower", the brain of the Samsung octopus, to control every aspect from the top down being covered in detail. It is a compelling read. There is a horrific sequence halfway through Samsung Rising where the company’s US marketing team are summoned to South Korea for a Samsung global marketing meeting. The small, by Samsung standards, and unruly marketing team from Texas had been sticking it to Apple and carving out the Galaxy brand in the US as the defining line of Android handsets. They expected to be recognised for their work.

Recognised they were. The US team was asked to stand, and their Korean leadership told everyone in the room to clap for the US team as a sign of encouragement because they were the only group present that was failing the company. Every metric said otherwise with customer sentiment and sales of Galaxy handsets soaring in the US, but the message was clear. You do not shine brighter than the imperial court back at the South Korean HQ.

This was a good read about a company whose internal operation I knew nothing about. Samsung has stumbled badly during their last dynastic transition of power from father to son but it would be a mistake to underestimate them. 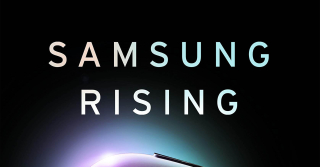