Oathbringer. Book 3 of the Stormlight Archive

Brandon Sanderson writes 400 pages of story across a 1233 page book. I pulled this off the unread pile last week knowing that has been the case with the first two books in his Stormlight series and it continues in the third, Oathbringer.

This is planned to be a ten novel series and I’ll admit that in the middle of each one I start considering the opportunity cost of finishing the latest book and the series as a whole. That said the books do end strongly, he wants you to pick up the next one. When he is on Sanderson writes compelling action sequences but the intervals between those drag.

It’s a rich fantasy universe but you’re reading it as he’s fleshing it out and there’s much I don’t need to know. I don’t find the protagonists relatable, there is an anti-villain I do find relatable so anytime he’s lucid I know things are going to pick up.

As Sanderson is so prolific the next doorstopper instalment of this series is due in November. Will I read it? Yes. Will I ask myself why I’m still reading it before I hit the halfway point? Also yes. 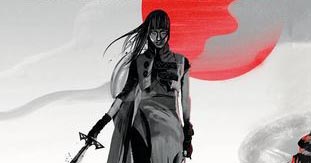