I believe there should be a political party that only represents future generations. While every mainstream party will claim they have the interest of future generations at heart, they cannot. The reality is that governments today provide services and have customers in the form of citizens. It is present oriented, transactional, and is about getting to the next election.

While it is true all of us have no time but now, I would like to see a political party with a manifesto that spells out in detail what type of world we could leave for our successor generations to be born into. The manifesto should contain the difficult decisions and sacrifices to be made today, to make that world a reality later. No gloss, spin, or ideological taint. Just decisions to be made, the sacrifice involved, and the compounding positive effect over time.

People should be able to vote for this manifesto in elections where the governance of a nation is decided. It should be an ever-present voting option and an ongoing competitor to established political parties. If other political parties want to take a position on the decisions to be made in order to win any future generations voters they should go ahead. You should however always be able to vote just for the interests of future generations.

This of course has a knock-on effect where you will need a political party and a detailed manifesto that represents the people of the past. Historians in the future would interpret the meaning behind the tough decisions we took now and explain what we intended. This option should also be present in elections where the governance of a nation is decided. A continuous reminder that sacrifices were made to deliver a world for people who were not born yet. So keep going and try not to screw things up. 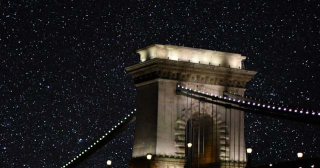 Photo by Balkouras Nicos on Unsplash