I’ve been doing my last bit of online shopping with UK retailers. I’m sorry to see this end. Every UK retailer I’ve dealt with has provided good service. That said, the new Brexit related customs charges and taxes will mean that buying from inside the EU is going to be more cost effective and EU consumer protection rules will still apply.

The UK has run a trade surplus with Ireland since 1999. Ireland buying far more from UK businesses than it sells to UK consumers. 2019 was a high point, with £13.9B left in the UK till as a trade surplus. That’s uncommon for the UK, considering it runs trade deficits with many other nations. Nice growth too considering it started in 1999 as a £2.9B surplus in favour of the UK.

At every economic diverge between Ireland and the UK, Ireland has expanded its purchasing power and bought more stuff from the British. Be it breaking the link between the Irish Punt and Sterling in 1979, or trading in the Punt for the Deutsche Mark (The Euro) in 2002, it has led to Ireland spending more money with British businesses of all sizes.

We’re at another economic divergence now as the clock runs down on the Brexit transition. Deal or no deal, trade between both countries is going to be hard for years to come. Money, like water finds its level and things will adjust. In the future if those incredibly sharp trading edges can be sanded down I’d be happy to go back to buying from the small UK businesses that served me so well as a customer. Hoping to shop with you again soon, so long for now. 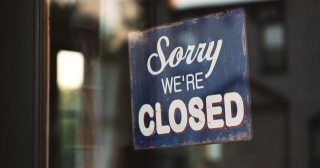 Photo by Tim Mossholder on Unsplash