I suspect some people are suffering from “lock in” PTSD. It shouldn’t surprise anyone to see masses of young people, and those in their twenties, clogging the streets up now that the pubs are open. Most of them have spent months not drinking with friends and not screwing people who may not be friends. They think they have to catch up.

Those who are healthy and perhaps vaccinated, but dragging their feet when it comes to reengaging with the world? That may be a surprise and should be a worry. I’ve been speaking with people who tell me that they have relatives who are afraid to go out and do things. Here’s my completely unscientific advice, do what it takes to get them out of the house. Do anything.

Part of the clean-up of the Covid mess is going to be in helping those who can’t move past these months of stress. 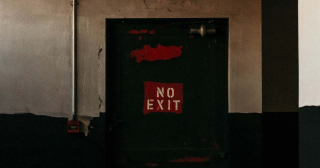 Photo by Nathan McDine on Unsplash