Having lamented the bland state of the Mac in a prior entry I went out and ordered an M1 MacBook Pro during the week. What precipitated this was receiving a small piece of code that chugged on my (obsolete as of macOS12) MacBook Air.

A late-night Slack message to the developer asking her if she could use Grand Central Dispatch, so more of the weakling processing cores on the now ancient Intel CPU would do some work in parallel, turned out well. Those changes made; the application zoomed along.

This dramatic improvement, using an OS feature that is nearly a decade old, had me digging back into macOS to see what had changed since I stopped paying attention years ago. It was a quick read, not much has changed. But it still has some nice tricks up its sleeve so we'll carry on.

This will be my third Macintosh processor architecture transition. There was the 68K to PowerPC transition between 1994 and 1996. Then the PowerPC to Intel transition from 2005 to 2007 and now we are in the middle of the move to Apple Silicon. I enjoyed the 68K to PowerPC move and we went from System7 to OPENSTEP in the same five years, maybe I’ll enjoy this move too.

I suppose I had better go buy a dock for it. 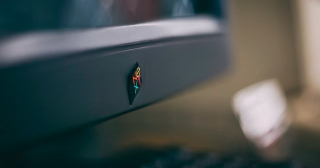 Photo by Serhii Butenko on Unsplash