Marvel movies have nowhere to go from here

Marvel Studios spent years building up to a fight with Thanos. Like those movies or not, they delivered a two film punch up that drew a line under the shared Marvel universe. My question is, does anyone care what happens now? Who can be fought that’s worth fighting seven or eight years from now? Time travelling Kang the Conquer? We’ve seen the time travel thing.

Time travel solved the Thanos problem, it also solved the Dormammu problem. Doctor Strange bored Dormammu into a truce. He won’t be the next major threat. Ultron got one movie, it won’t be him either.

They’ll bring in mutants and the X-Men. But in a world with the Avengers why would mutants be a threat? Hydra had resources well beyond any collection of mutants and Hydra were taken to pieces. Magneto would be locked up in the Raft maximum security prison a few days after he popped his head up.

They’ll bring in the Fantastic Four. If you can defeat Thanos you have a good shot at defeating Galactus. Galactus isn’t even a villain and can be talked into ignoring Earth and coming back millennia later. He’s got the time.

Is everyone going to be a Skrull? So what? Will there be Dark Avengers? So what? Norman Osborn using the resources of the state against everyone would be interesting for a movie. That story won’t carry a number of movies.

It is probable the days of the long story arc in Marvel movies are over. From here on out it could be smaller arcs linked together. That’s less interesting to me because that’s a TV series. 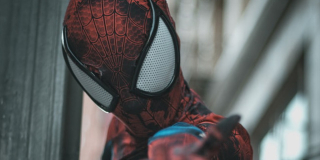 Photo by Judeus Samson on Unsplash