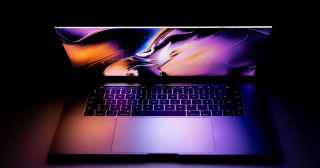 The battle between the United States government and Huawei is a battle between the United States and China for control over the development and direction of wireless technologies. The Internet may not be forever, political moves in the game between the United States and China guarantee that the Internet will mutate in coming years as a result of this infrastructure conflict and future conflicts at every control point.
In telecommunications technology there are five major players of note, Ericsson, Nokia Networks, Huawei, ZTE and Qualcomm. Respectively, these companies are proxies for the economic ambitions of Europe, China and the United States. Holding a key position above the others the United States, represented by Qualcomm, provides intellectual property which underpins all the other offerings. This has worked out well for Europe which though jealous of Silicon Valley's success has always embraced its innovations, but China chafes under the influence Qualcomm's intellectual property provides the United States as it allows the US to dictate terms. Making Qualcomm irrelevant is a Chinese strategic objective.
In 2018 the United States, having discovered that China's ZTE had shipped products to Iran and North Korea containing Qualcomm technology, banned all US technology exports to ZTE with the result that ZTE faced ruin. At the time China was refusing to sign off on Qualcomm's $39 billion acquisition of European semiconductor provider NXP, the ZTE ban had the upside of being a potential lever to get the deal moving again. When the US lifted the ban on exports to ZTE it was expected that China would reciprocate by allowing the NXP acquisition to take place. China did not reciprocate forcing Qualcomm to scrap its acquisition plans, much to the consternation of the United States government.
With the extradition of Huawei's CFO from Canada to the United States in process, again for shipping products to Iran and North Korea containing Qualcomm technology but also for hiding the money trail, we see the political game escalate but might ask the question should the United States be allowed to decide who gets 5G wireless? China appears to be asking that question, a lot, and if it develops its own answer to Qualcomm what might happen to standards?
The Internet was a US phenomenon that spanned the world, everyone got in line behind technology decisions made in the United States but would the United States and its Western allies get behind technology decisions made in China? If they would not could we see the beginning of a fracture in infrastructure which will lead to a split in the Internet? A United States led alliance facing off against a Chinese led alliance, the primaries of both engaged in battles for control over all layers of infrastructure and at every software control point.
Qualcomm is now considered to be such a strategic part of long-term United States objectives that the Department of Defence has begun intervening in domestic investigations of Qualcomm's business practices. Likewise China's commitment to Huawei is clear. Two sides have chosen their champions, as per usual Europe has no plan to put the wood behind one arrow but soon enough it would not be surprising to see an Ericsson – Nokia Networks merger slide on through the European Commission without an eyebrow raised by the Commissioner for competition. Stability is something the EU always prefers.
After decades of use it would be a mistake to assume the Internet is stable because it is successful. The fact it is so successful makes it of interest to those looking to further their own political, economic and social goals. If those goals require that the Internet be split into incompatible pieces you should assume governments are working towards that relentlessly.